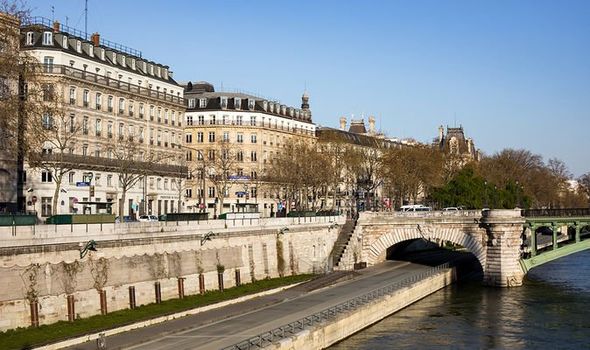 France, which has so far reported over 82,000 coronavirus infections and nearly 11,000 deaths, is set to extend its strict lockdown beyond the current deadline of April 15. That would be its worst performance on a quarterly basis since World War II, surpassing the previous record of -5.3 percent in the second quarter of 1968 when France grappled with civil unrest, mass student protests and general strikes.

“You have to go back to the second quarter of 1968, hit by the May (political upheaval), to find a similar fall in activity,” the bank said, adding that even that year the dip was less abrupt than the current figures.

A typical week of confinement in March saw business activity slashed by nearly a third, the bank said in an analysis of the economic fallout from the outbreak.

Among the worst-hit sectors of the economy the bank listed construction, transport, restaurants and lodging.

Considering the drastic drop in activity, every two weeks the country spends in lockdown could reduce annual economic activity by 1.5 percentage points, the bank estimated.

It did, however, warn against a simple, straight-line extrapolation of the estimate in light of the uncertain path of the epidemic.

The central bank came to its conclusions drawing on feedback from its monthly business climate survey that canvassed 8,500 companies from March 27 to April 3 about their activity and outlooks.

In addition, the centrist government has estimated that the budget deficit would balloon to more than 3 percent of economic output this year because of the health crisis, while Bank of France Governor François Villeroy de Galhau said each two weeks the French spend at home would add a percentage point to the fiscal shortfall.

“All that will have to be paid for eventually, but now is not the time to count,” M Villeroy de Galhau told RTL radio.

The government, for its part, launched a €45billion (£39.45billion) economic rescue package last month consisting mainly of deferred tax payments and has offered to guarantee up to €300 billion (£263billion) in loans to cash-strapped companies.

France has been under strict stay-at-home orders since March 17 that were due to be lifted on April 15, but President Emmanuel Macron’s office said on Wednesday that the measure was set to be extended as the virus continues its rampage across the country.

While the drastic lockdown measures have helped contain the spread of the deadly virus, the time to lift the restrictions on movement “has not yet come,” Prime Minister Edouard Philippe said.

The number of people who died from coronavirus infections in French hospitals climbed by 8 percent in day – compared with 9 percent on Tuesday and 10 percent on Monday – to a cumulative total of 7,632, health chief Jerome Salomon told a daily press briefing.

But he added that the day’s figures were incomplete because, due to technical issues, authorities were not able to include nursing home data, which account for more than 30 percent of total fatalities.

The total death toll, including Tuesday’s nursing home figures, is up 5 percent at 10,869, while the total number of confirmed infections stands at 82,048.

Direct tax shortfall likely to be at 20-year high