The Reserve Bank of New Zealand has ordered the country's banks to suspend paying dividends, a move that will impact Australia's big four and could, one analyst believes, be copied in Australia.

The RBNZ on Thursday announced a package to support lending as the world economy battles the coronavirus crisis, and as part of this move it also suspended bank dividends. 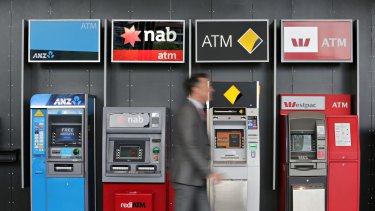 Shares in each of the big four banks are down by more than 4 per cent in early trade.Credit:Paul Rovere

“To further support the stability of the financial system during this period of economic uncertainty, we have agreed with the banks that during this period there will be no payment of dividends on ordinary shares, and that they should not redeem non-CET1 capital instruments,” the deputy governor and general manager for financial stability, Geoff Bascand, said.

“This initiative further supports the stability of the financial system by maintaining higher levels of capital during the period of falling economic activity resulting from the COVID-19 pandemic."

Subsidiaries of the Commonwealth Bank, Westpac, ANZ Bank and National Australia Bank dominate the NZ banking market, and each pay their parent company a dividend.

The big four have been hit hard in early trade on Thursday, with CBA shedding 5.2 per cent, Westpac losing 4.4 per cent, ANZ falling 5.5 per cent and NAB down 5.2 per cent just after 11am AEDT.

Commonwealth Bank said it was "well capitalised" and this meant it was "well placed to absorb the suspension" of dividends paid by its subsidiary. ANZ Bank owns the largest bank in NZ.

The move follows a similar order from the Bank of England, which suspended dividend payments by the country's largest banks, and a call from the Bank for International Settlements to this week suspend bank dividends globally to support lending.

Evans and Partners analyst Matthew Wilson said in a note to clients that the Australian Prudential Regulation Authority "will eventually get there."