New York (CNN Business)Less than a year ago, Tesla was strapped for cash.

In May 2019, the electric carmaker was selling debt and additional shares of stock to raise $2.7 billion to replenish its coffers. A depressed share price forced the company to pay off a $920 million bond in cash rather than stock.
The term “cash crunch” was swirling around Tesla. But not anymore.

This week, the company reported its first annual profit in 10 years as a public company.
Perhaps more significant for Tesla skeptics: the company generated $1.1 billion of free cash flow last year. That means it is no longer in danger of running through its cash or depending on investors to pump more money into its operations.

The stock has skyrocketed more than 250% over the last eight months, making Tesla the second most valuable automaker in the world by market value, behind only Toyota (TM).
When CEO Elon Musk was asked by analysts Wednesday if the company might take advantage of its higher share price to sell additional stock to fund future growth, he dismissed the idea.
“We’re actually spending money as quickly as we can spend it sensibly,” Musk said. “There is no artificial holdback on expenditures. Anything that I see that … looks like it’s got good value for money, the answer is yes, immediately. And then despite all that, we are still generating positive cash. So in light of that, it doesn’t make sense to raise money.”
This is a radically different way of doing business for Tesla.
For much of the last decade the carmaker has used the public markets like an ATM machine. It repeatedly sold additional shares and debt that could be converted into stock to raise cash, which funded ambitious research and development efforts as well as expansion plans and basic operations.
Even with that money flowing in, Tesla was often on the edge of insolvency.
Musk admitted in a 2018 interview that Tesla was weeks away from running through its cash because it had been “bleeding money like crazy” as it ramped up production of its best-selling Model 3.
The company managed to post profits in the third and fourth quarters of that year but it was soon back in the red, reporting a net loss of $702 million in the first three months of 2019. Tesla doubters questioned whether it could ever be consistently profitable.
Shares of the stock were down 44% through the first five months of 2019.
Hitting profitability targets for the last half of 2019 would be a “Kilimanjaro-like uphill climb,” Wedbush Securities analyst Daniel Ives said in a note last May.
This week, Ives freely admitted he was wrong.
“In 20 years covering tech, it’s the most impressive comeback I’ve seen,” he told CNN Business. “They’ve gone from doomsday to a joy ride. It’s been jaw dropping. And it’s reflected in the stock.”

"In 20 years covering tech, it's the most impressive comeback I've seen," he told CNN Business. "They've gone from doomsday to a joy ride. It's been jaw dropping. And it's reflected in the stock."

Shares rose 10% to $642 in afternoon trading Thursday, a record.
And Ives predicts more growth to come. He published a $1,000 12-month target price for Tesla, more than four times his $230 target price of last May. He said its cash position and the confidence that Tesla is no longer cash poor was behind Thursday’s rally.
“Any worries about a capital raise were put to bed last night,” Ives said. “They proved us, and many others who were skeptical, wrong.”
Even those with a far more bearish view of Tesla shares say that its current cash position could be a game changer. 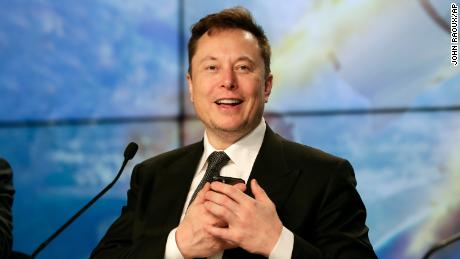 “This quarter may be seen as the moment a new genre of tech investors were waiting [for],” wrote Morgan Stanley auto analyst Adam Jonas. Tesla can now be viewed “as a profitable and cash generative tech company with a reasonably-sized market cap in the same discussion as the mega-tech platform names.”

Even so, Jonas’ is among 15 analysts with “sell” recommendations on Tesla, according to Refinitiv. His target price for the stock is $360, 40% lower than its current valuation, and he has an “underweight,” or sell rating, on the company.
Ten other analysts have holds on Tesla stock, while another 10 rate it a buy, according to Refinitiv, evidence that even with it’s new cash hoard, Tesla still has plenty of skeptics left to convert.
Source: Read Full Article