The U.S. Department of Justice published a passionate defense of Americans’ right to worship during the coronavirus pandemic in a letter to county officials in Maryland on June 10. But the letter was based on flawed reporting, which the Justice Department has failed to publicly correct.

The DOJ was trying to make a point about a Black Lives Matter protest organized by high school students on the grounds of the Connie Morella Library in Bethesda on June 2. A letter from Eric Dreiband, assistant attorney general for the Justice Department’s civil rights division, informed Montgomery County officials that if they were going to support “hundreds of people packed into a library” for a protest, they should be equally supportive of people gathering to worship during the pandemic.

But the Connie Morella Library is closed. Photos captured by local ABC-affiliate WJLA show that the protest was in the library’s parking lot. A makeshift lectern for the rally was set up in front of the library’s doors, and hundreds of attendees can be seen in photos seated on the ground outside the library. 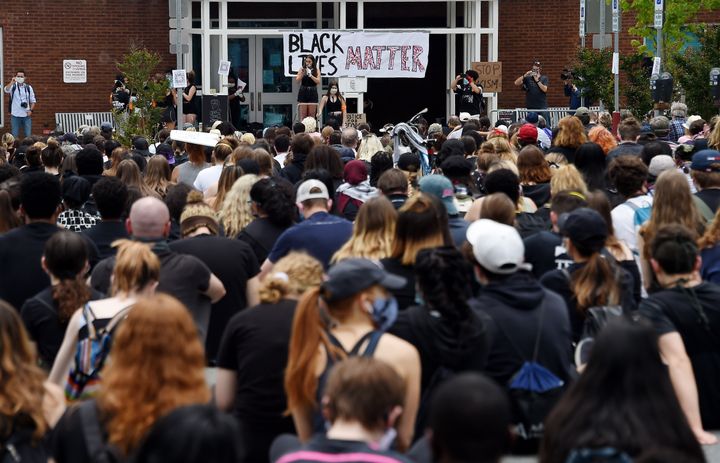 Asked about the discrepancy, a Justice Department spokesperson acknowledged to HuffPost that local Fox News affiliate WTTG had gotten the facts wrong in its story about the protest.

“See fox story, which they have since issued correction to,” the spokesperson wrote in an email.

As of Friday evening, the DOJ’s original letter containing the claim that hundreds of people packed into the library could still be found on the department’s website.

HuffPost has reached out to Montgomery County for comment.

County Executive Marc Elrich revised local virus-related restrictions on social gatherings in an executive order that went into effect on June 1. The new order prohibits gatherings larger than 10 people, including those that take place outside, such as “parades” and “festivals.” The order allowed for drive-in religious services to take place as long as attendees remained inside their vehicles and didn’t physically interact with others at the house of worship.

On the same day that the new order went into effect, Elrich and county officials published a statement supporting residents protesting “in our streets” after the death of George Floyd, a Black man who was killed in Minneapolis police custody on May 25.

“The County will continue to provide a protected environment for memorials, rallies, and nonviolent protests,” the statement said.

Public health experts have warned that COVID-19 has the potential to spread easily in places with poor ventilation and during events where people sing or shout. 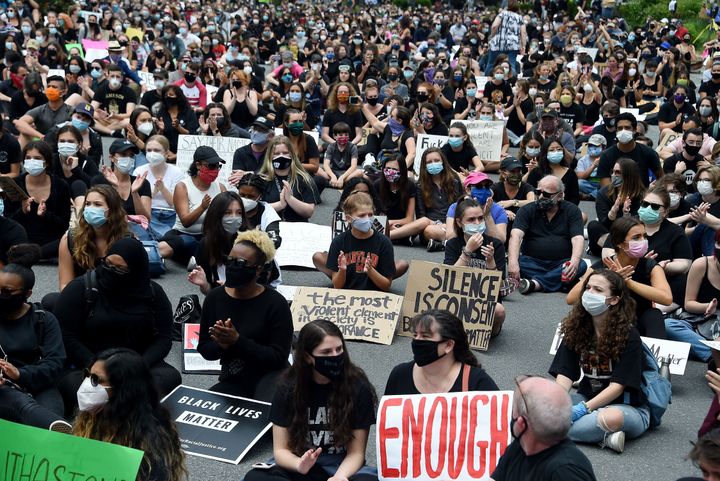 “We understand that protests are typically held outdoors — where the risk of COVID-19 transmission is lower — and that religious services are typically held indoors,” Drieband’s letter read. “But the protest held in Bethesda on June 2 reportedly involved hundreds of persons packed into a library.”

The DOJ will “continue to take action” if states and local governments infringe on religious freedom and other civil liberties, Dreiband added in a Thursday press release about the letter.

Earlier this year, Attorney General William Barr tapped Dreiband to lead a nationwide review of state and local policies to ensure that civil liberties are protected during the COVID-19 pandemic. The review is part of the DOJ’s wider push to prioritize religious freedom. During President Donald Trump’s first two years in the White House, the Justice Department has submitted more friend-of-the-court briefs in religious liberty cases than the Obama and Bush administrations did during their first two years. Trump’s Justice Department has also filed briefs at lower-level courts faster than in the previous two administrations.

The majority of the Justice Department’s statements of interest and friend-of-the-court briefs defend conservative Christian positions on issues such as abortion and LGBTQ rights. During the pandemic, the Justice Department has placed a priority on protecting the ability of churches to stay open in defiance of state and local stay-at-home orders.

Maryland’s health department has reported 2,773 COVID-19 deaths, with the highest number (640) in Montgomery County. But the number of positive cases in the state is decreasing. On Friday, total current hospitalizations from the virus were at their lowest level in 66 days.

Inheritance Tax: You could legally ‘escape’ IHT – but there’s an important factor to note

NFL QB Drew Brees: ‘I Will Never Agree With Anybody Disrespecting The Flag’